Being a Mom is no easy job. Paid time off and 401Ks are not included, breaks are few and far between, and then there’s that word: unconditional. Moms are there through it all – from cleaning up messy rooms to messy break-ups –  and, despite its challenges, most will say being a mother is the best job in the world.

While they come in all forms, there are some inspirational moms that have been taking their role one step further. Running companies, building empires, breaking records, and helping others are just a few ways these women have broken the mold and have shifted the image of the modern mother. In honor of Mothers Day this year, check out these famous “super moms” – and then call your own to say thank you!

When it comes to the business game, famous “momtrepreneur” Jessica Alba is crushing it. After building a successful career as an actress, starring in movies including The Fantastic 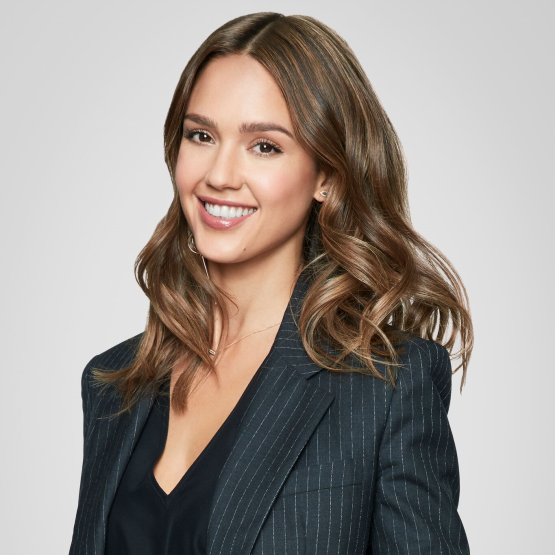 Four, Valentine’s Day, Good Luck Chuck, and Sin City, Alba shifted gears, launching her very own eco-friendly wellness brand, The Honest Company, in 2012. Alba had the bright idea in 2009, soon after her first child was born. Wanting to use natural, toxin-free soaps and detergents for her daughter to avoid rashes or irritation, Alba soon realized there was not an affordable option on the market. Her response? To develop a trusted brand that would empower people to live happily and healthily, rooted in consciousness, community, transparency, and design. The Honest Company is now a major global brand, has been valued at over $1 billion, and has provided millions of families with beautifully designed, non-toxic products for healthy living.

Joanna Gaines’ story began with a simple dream to put her eye for design to work and the
rest was history. With the help and encouragement of her husband, Chip, the couple’s

construction and design business was picked up by HGTV, becoming the basis of the wildly popular Fixer Upper television program. A mom of five, Joanna has personally spearheaded the restoration of Waco, Texas, created multiple furniture and homeware lines, run a blog, and written three best-selling books. Additionally, she has been instrumental in developing their homegrown brand, Magnolia, into a household name by branching into different business ventures including reality, restaurants, social media, and a soon-to-be television network. Most importantly, she has created this multi-million-dollar empire all while ensuring her family remained the focal point in their busy lives. 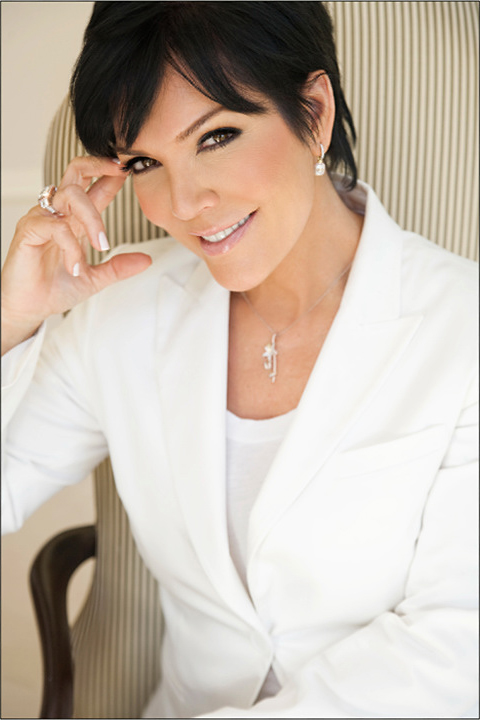 Rather than keeping family life private like the Gaineses, Kris Jenner has grown one of the largest family empires to date by means of reality television. Educating herself on business through her network of successful Los Angeles friends, Jenner pitched a show that would follow the drama of her family to Ryan Seacrest in 2007 and Keeping Up With The Kardashians was born. Since then, Kris has become the OG “momager,” working with her kids to capitalize on social media and build various businesses and beauty brands. Better yet, Kris has put the “grand” in grandmother with four of her five daughters becoming strong mothers themselves.  Everything this matriarch has done has been to provide for her family which is now worth a combined $1.6 billion.

RELATED: Powerful Women Who Influence and Inspire the World

Serena Williams is one of the greatest tennis players of all time and has worked through
her fair share of injuries to maintain her #1 universal ranking. So, when Williams became

pregnant, it was no surprise it didn’t slow her down. In January 2017, Serena secured her 23rd Grand Slam Singles title at the Australian Open while 20 weeks pregnant with her daughter, Olympia. After her birth, Williams was back on the court within months – despite experiencing life-threatening complications – and has successfully defended her ranking on the international scale. Beyond tennis, Williams has used her platform to develop multiple fashion and apparel lines, with brands including Puma and Nike, as well as with her own company, Serena. She has also become a philanthropist, partnering with organizations such as UNICEF and the Equal Justice Initiative, and has founded the Serena Williams Fund and the Yetunde Price Resource Center. A force on all fronts, Williams is an inspiring keynote speaker and role model to many. school days and, at 40 years old, is still going strong. Remarkably, Walsh-Jennings has three kids, born in 2009, 2010, and 2013, which have yet to get in the way of her career.  In fact, she was pregnant with her youngest when she won her third Olympic gold in 2012. Jennings has continued to show her dominance in the sport, earning a bronze medal at the 2016 Rio games and landing consistent wins in the FIVB Beach Volleyball World Tour over the past several years. Kerri has been known to say she feels like she was “born to be a mother and to play volleyball,” and many would agree she is fulfilling that destiny just fine. Wash-Jennings hopes to achieve her 4thgold at the 2020 games in Tokyo.

games while simultaneously setting three World Records. After having her first child in March of 2015, Dana returned to the pool and quickly regained her place among the top swimmers in the world. At the 2016 Rio Olympics she won bronze in the 100 Meter Butterfly, silver and an American Record in the 4×100 Meter Freestyle Relay, and gold in the 4×100 Meter Medley Relay, making her the first mother to ever win gold for USA Swimming. Vollmer refers to herself as a “momma on a mission.” As she trains to hopefully return to the Olympics in 2020, she also is working to empower other moms to reach their goals as a motivational keynote speaking.

Glennon Doyle struggled with addiction from the age of ten. Through bulimia, drugs, and alcohol, she treated life like a battlefield and her vices as her armor. However, on Mother’s
Day 2002 Doyle found out she was single, pregnant, and in need of change. Vowing to herself to never have another drink, cigarette, drug, unhealthy relationship, or food binge again, she set out on a new path. In 2009, Glennon used her unique voice to create a conversational, tell-all style bog, Momastery, which quickly rose in popularity. Today, Doyle is a mother of three, author of two New York Times Bestselling books, Carry On, Warrior and Love Warrior, an inspirational speaker, activist, and the founder and president of Together Rising, a non-profit that has raised over $15 million for vulnerable women and children.

One of the best professional surfers in the world, Bethany Hamilton, overcame great

adversity to achieve her dreams after losing her arm in a shark attack at the age of thirteen. For most, an event like this would mark the end of a surfing career, but for Bethany, this was not an option. After recovering from the life-threatening injury, Hamilton was back in the water just one month after the attack. Within the year she was able to teach herself how to surf again and had returned to the competitive circuit, winning first place at the NSSA National Competition. Bethany’s epic comeback story has inspired millions, even becoming the subject of the major motion picture, Soul Surfer, and landed her a spot in the Surfer’s Hall of Fame. Now a mother of two, Hamilton has used her platform to become an inspirational public speaker and a #1 New York Times best-selling author.

Abductee Uses Her Platform to Advocate for Child Safety Laws

Many may recognize Elizabeth Smart from her widely followed abduction in 2002. Taken from her home when she was just 14 years old, Smart was held in captivity for nine 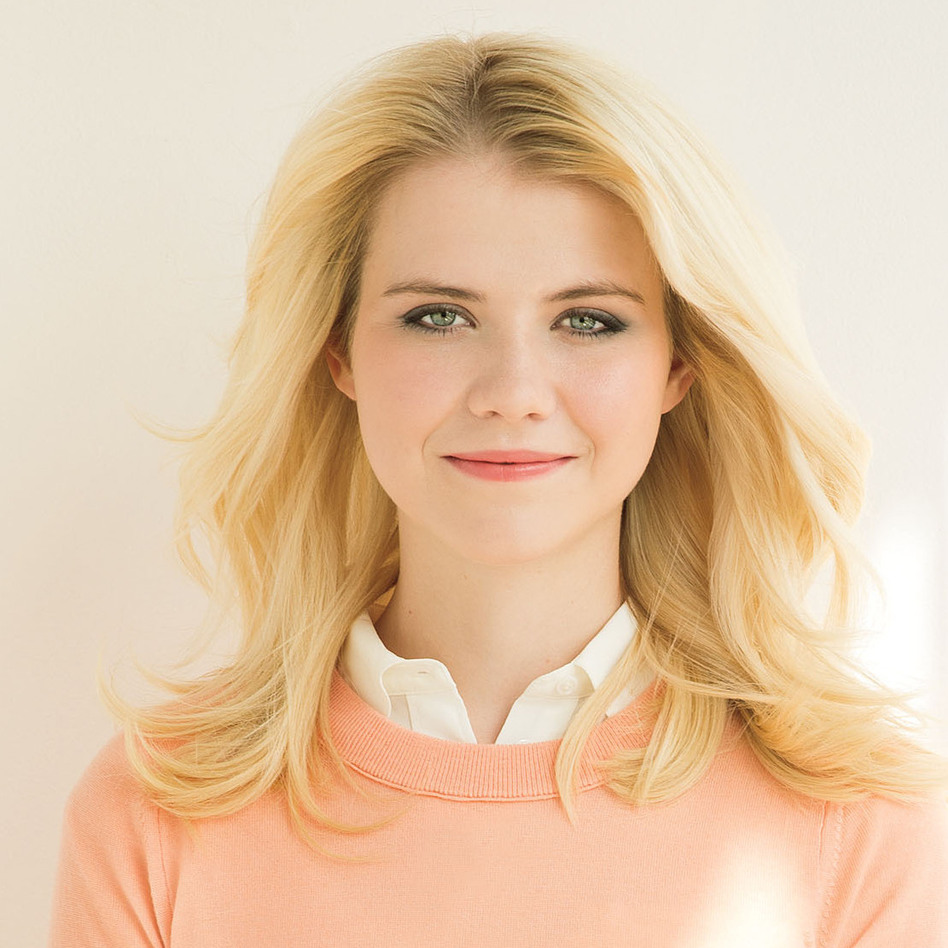 months, enduring consistent sexual and emotional abuse before she was found. Surviving this unimaginable nightmare, Smart decided to use her traumatic experience as the foundation for something positive. As a result, she became a committed child safety advocate, influential in the promotion of the National AMBER Alert system and the Adam Walsh Child Protection & Safety Act, and founded the Elizabeth Smart Foundation which aims to support the Internet Crimes Against Children task force and educate children about violent and sexual crime. Now married with three children, Smart has also become a strong role model as a powerful speaker, sharing her journey of moving on and proving there can be life after tragedy.

For inquiries about booking inspirational and powerful women for your next event, feel free to contact us.

How Companies Are Leveraging Business Speakers At Virtual Conferences

About All American Entertainment Speakers Bureau

All American Entertainment (AAE) is a full-service talent booking agency dedicated to representing the interests of meeting and event planners. As one of the top motivational speaker companies, we respect the different needs of our clients and offer unbiased recommendations for the best possible keynote speakers, celebrities, and entertainers for your event.

Looking to book a speaker for your next event?

A Q&A With ChatGPT On AI For Events